Moving On
by Annette Bower 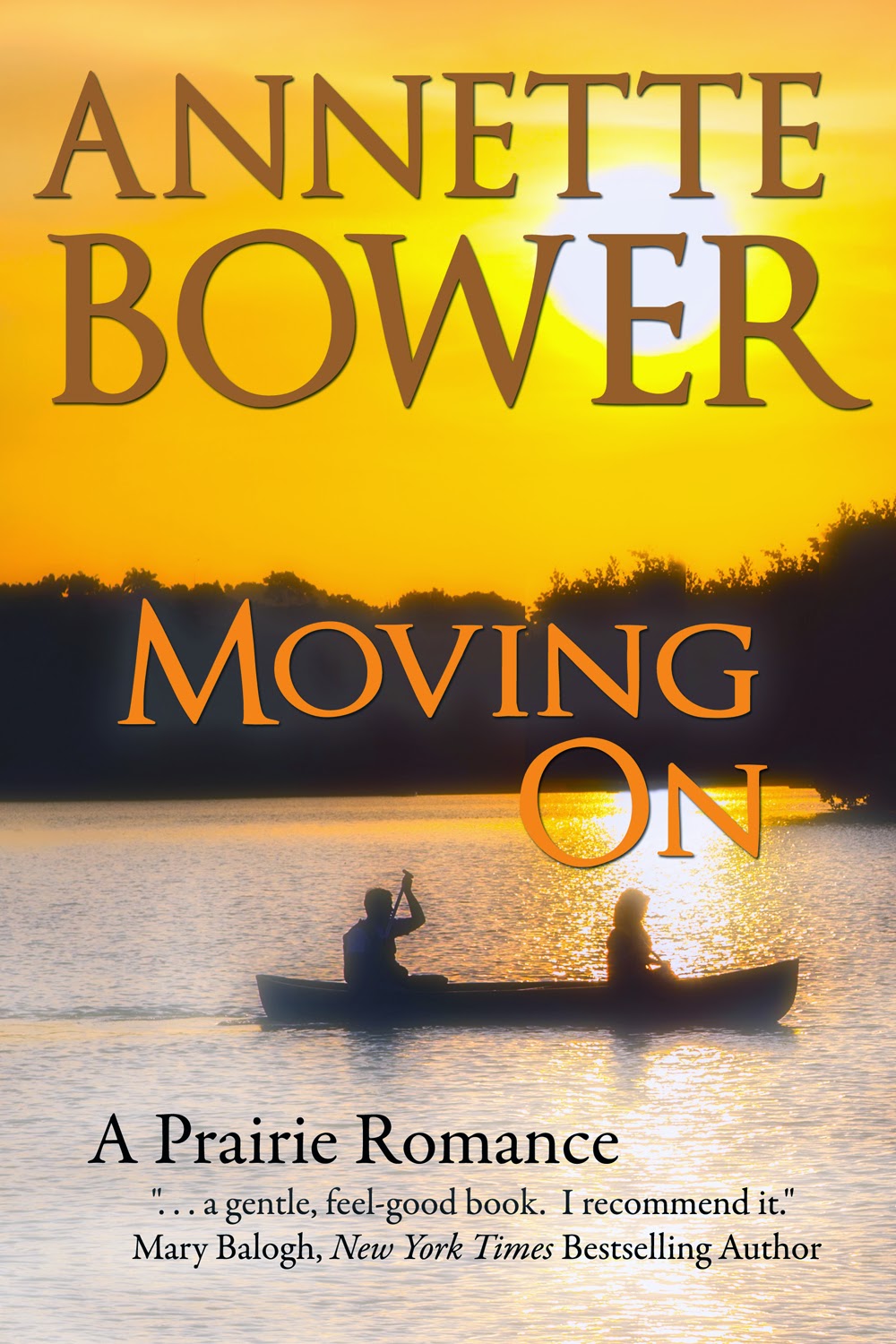 Anna Jenkins, a mysterious woman arrives in the resort town of Regina Beach as the heir to a cottage, even though there isn’t an obvious family connection. The residents of the town know everyone’s business and they are very keen on discovering Anna’s secrets. Anna meets Nick Donnelly with a secret of his own.  As a soldier, the injuries he sustained in an IED explosion were greater than most people realize.

During his rehabilitation, Nick and Anna become friends. Nick begins to dream of a life on the land with a family of his own. When Anna discovers that Nick plans to return to active duty, she puts the brakes on loving a man who might die because of his career. Nick must convince Anna they have a future to live for.

Moving On: Sweet contemporary romance with an heiress, a soldier, a small town and secrets. 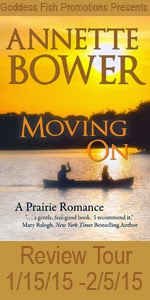 Anna was drawn to the large windows that revealed small waves washing onto the shore while his voice rose and fell in the background. She jumped when Nick spoke from behind her. “Looks like you’ve got a big job to make this old man’s house a place you’d want to live.” He had picked up a ship in a bottle and held it to the light.

She stood with determined confidence. “They say work is good therapy.” She felt a pang of intuitive kinship with him again, and smiled. “Do you ever wonder if they really know what they are talking about?”

Nick raised his hand and gently touched the side of her face, turning it toward him. He looked deep into her eyes as if searching for recognition. “Yeah, they’re probably just a bunch of clowns who think up Pollyanna sayings to make us feel better about our lives.”

She would have returned that gentle touch in a moment of shared intimacy, if his stance hadn’t changed. He shifted away from her as if he sensed danger. Nick pivoted on his rubber-soled boots and almost leapt through the door. The moment was thick with uncertainty.

She caught a chuckle that ended up more of a snort. They were like two wounded animals who suddenly found themselves in the same pen, wondering who was stronger and would survive. Surely she wasn’t attracted to Nick Donnelly just because they were both grieving their severed pasts.
~~~~~~~~~~~~~
MY REVIEW

Moving On - A Prairie Romance by Annette Bower
My rating: 4 of 5 stars
Moving On is a story of Loss, Hope, and Love. The two main characters had suffered a loss and find themselves in the middle of their grieving, it's really interesting be able to see how they begin to fall in love with each other, and how they overcome their fears, and let love enters in their life and be able to Move On.
The plot is excellent, flows with each page, the author creates a scenery with credible characters and real heartbreaking moments.
This is a sweet romance.
Highly recommended!!

* I received a free copy in exchange of an Honest review * 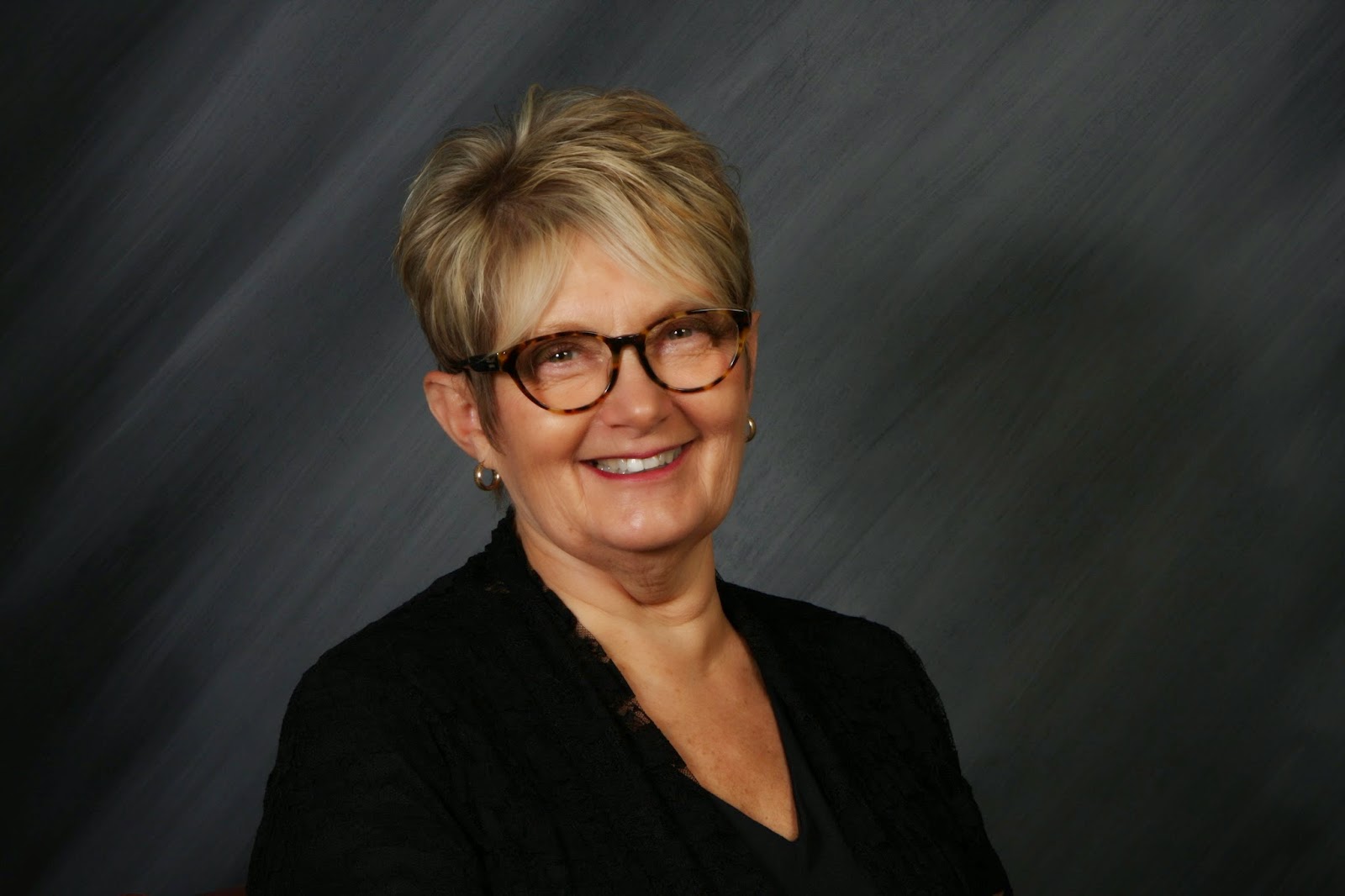 Annette Bower explores women’s roles in families, in communities and women’s emotions at the beginning and end of love in her home office in Regina, SK.

Her short stories are published in magazines and anthologies in Canada, United States, and United Kingdom and most recently in the Lake Winnipeg Writers Journal, Voices V 14/1.

She pursues the writing craft in workshops through the SWG conferences, Writing with Style, Banff Centre for the Arts, Surrey International Writers Conference, and Romance Writers of America Conferences. She is attending the Novel Colloquium at Sage Hill Writing Experience in July, 2014.

Enter to win a $50 Amazon/BN GC - a Rafflecopter giveaway
Posted by Julia Pe at 9:57 AM