Football mad, twelve- year- old Dan is a trusted messenger for Ireland’s rebel leader, Michael Collins. He promises his cousin Molly to never fire a gun, but after the dramatic events of “Bloody Sunday” in Croke Park, he is pulled deeper into the struggle. Hunted by a vengeful Intelligence Officer, Molly and Dan are forced to flee Dublin. But unknown to Dan, he holds the key to a deadly plot. And his enemy will stop at nothing to track him down. On the run, they meet Flying Columns and narrowly escape death But as Cork burns can Dan continue to outrun his enemy?


“Has Father been arrested for smuggling arms?” I asked.


“Your father would never do that,” she said. “Do you not remember why he jumped ship when he was young? It wasn’t just for adventure. His father got him a commission in the Royal Navy but he refused to take arms. He hates violence.”


I rubbed my knuckles that were feeling raw now from the rapid changes of cold and heat.


“I can only tell you what it’s like to live,” said my mother. “Feeling pain inside isn’t a good feeling. But it’s part of life. Sometimes you think you are broken but you are being broken open to new things, to grow.”


“Some of the lads say they don’t feel anything when they pull the trigger. Others have nightmares, feel blood in their mouths,” I said.


“If you cannot feel pain, it makes it easier to inflict it. Dan, you are not a killer. It’s not in your nature,” she said.


She held my face in her hands, her eyes searching into my soul. I looked deep into her eyes full of love.


“No, Dan, you are too strong. You feel other people’s pain. That is strength. May God preserve and keep you so.” She embraced me tight. “We cannot go round it. We must live through it. The only way we know how. Respecting other’s humanity and dignity no matter who they are.”

1.Would you be willing to have horrible nightmares every night for a year if you would be rewarded with extraordinary wealth?

This is an interesting question, and I’m really torn. At first I though, yeah, bring it on! I could prepare myself like I was some pyjama-clad super hero having to survive the Mind Warp Slough of Despond. I could discipline myself to write up the horrible visions every morning. Then use them as a source for fantasy books and horror stories in the future. All that free material dredged out of my unconscious! I could also equip myself with positive thinking during the day, do yoga. I could even invest in some counseling, knowing I could pick up the bill when I’m filthy rich. After all, I put several of my characters through terrible nightmares, like Dan in Deadly Shot who has screaming terrors about the sinister British double-agent who pursues him during the war of Independence. Molly in the Easter Rising 1916 – Molly’s Diary  has terrible dreams of fires and premonitions of the destruction of Dublin during the Rising. Even Cassie in the Celtic fantasy trilogy The Chingles (which have just been re-issued as E books http://tinyurl.com/pzhzdhd) is haunted by horrible visions of catastrophes and mythic battles between good and evil.
But then I began to have second thoughts. I might become a nightmare myself. I have a seven-year-old daughter, and there’s a risk I could scar her for life if I became Mummy-From-Hell. I could win all the wealth but find myself haunted for the rest of my life, even taken to the edge of my sanity. I could become very wealthy but my health fails as a result of my terrible year and not live long to enjoy it. A year is a long time in a life. Time is the one thing you can’t buy.
Also, statistically Faustian pacts with the devil generally don’t end well. Even characters who make mercenary bargains in psychological novels (such as Henry James Wings of a Dove) end up paying the price. So on balance, despite being tempted, I’ll stick to my chamomile tea and book before bedtime routine and settle for being poor but relatively well rested.

2. If you could wake up tomorrow in the body of someone else currently living, would you do so? Whom would you pick?

I presume I could change back again. In which case, I would choose to be an astronaut in orbit. Like Chris Hadfield who famously sang Bowie’s “Space Oddity” while physically in space. Or woman astronaut Samantha Christoforetti. I don’t have a background in science, so I’d never make it on to the NASA programme. But it would be just so amazing to see the earth from the heavens. To look out into the blackness of the universe while suspended among the stars.

3.What is the strangest thing you’ve ever eaten?

I have tasted human placenta paté! I directed a notorious episode of a television series called TV Dinners back in 1998 about a family cooking placenta paté for their daughter’s new baby’s birth ceremony. It was presented by a well-known British TV presenter called Hugh Fearnley-Whittingstall. He is famous for his macho eating habits like feasting on curried bat and roadkill. The programme caused an international furore -  demands for it to be banned in the House of Commons outraged and supportive editorials. Even a defense in the New Scientist by Richard Dawkins that it wasn’t cannibalism. It was also written up as a verbatim report by Harper’s Magazine. http://harpers.org/archive/1999/02/save-some-womb-for-dessert/
The placenta was fried with shallots and garlic, flambéed, puréed and served to twenty relatives and friends as a paté on focaccia bread. I knew I was going to get asked about it so I overcame my qualms and had the tiniest, teeny bit. For the record it tasted like chicken liver. The Clear family and Big Sue their friend who cooked it were all so lovely, I felt honored to be present at their ceremony.
But we had no idea it would set off a media storm. I was interviewed on news programmes and for newspapers all over the world from the United States to Australia.
It’s still a bit “out there”. But now that celebrities like January Jones are consuming it, although in capsule form, it’s a bit more mainstream for mothers. Sharing it in a celebration feast as some cultures traditionally did and as shown in the TV Dinners episode is a bit slower to catch on!
After the birth of my daughter, we were all so caught up in the emotion, eating my placenta was the last thing on my mind. I didn’t get a chance as it just disappeared, presumably binned by the hospital. I had a marvelous cup of tea.

4.If you could bring one character to life from your favorite book, who would it be?

Molly appears in both my books about the road to the Irish Republic. She is twelve in The Easter Rising 1916 – Molly’s Diary and nearly seventeen in Deadly Shot – Dan’s War of Independence 1920-22. She is a really resourceful character and full of spirit, so I think she’d be good company. Also in Deadly Shot she is a medical student at Trinity College Dublin. While not unknown, it was quite rare. I’d be fascinated to find out about the challenges of being a woman studying medicine in a totally sexist world. I’d also like to know how she feels about her story!

I would most like to be stuck in an elevator with an elevator repair person – or whoever could get me the hell out of there quickest. I was once stuck in one in an office block where I had a student job as a cleaner. A big troop of fire brigade men came to rescue me. I was so freaked out I coped by making a joke of it and dissolving into hysterical laughter. They must have been tempted to leave me in there.
So as I know it’s a scary experience the only people I wouldn’t like to be stuck in an elevator with are a serial killer or a claustrophobic or the sinister spy villain from Deadly Shot who is a real sadist. Otherwise, the company of even the world’s most obnoxious idiot is preferable to the terror of facing the drop alone! 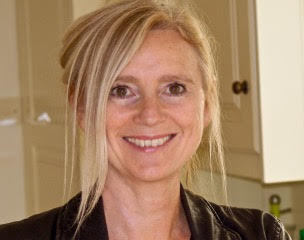 Patricia Murphy is an award-winning children’s author and Producer/Director of documentaries. Her most recent novel is Deadly Shot – Dan’s Diary - the War of Independence 1920-22. Previous works include the critically acclaimed Easter Week 1916 – Molly’s Diary, described as “brilliantly imagined”, “beautifully written and compelling” and “ fantastic at bringing history alive for children”. She is also the author of The Chingles Celtic Fantasy trilogy. She was the winner of the Poolbeg “Write a Bestseller for Children” Competition 2004.
She is also an award-winning Producer/Director of primetime documentaries for BBC and Channel 4. These include Children of Helen House on the Oxford children’s hospice for BBC. She created and filmed the launch programmes of Born to Be Different the Channel 4 flagship series following six children with disabilities through the 21st century. Other films include Behind the Crime about criminals and Raised by the State on growing up in care. She has also made Worst Jobs in History with Tony Robinson for Channel 4.