THE HOUSE AT THE END OF THE STREET
by Jennie Jones 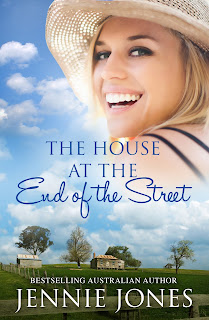 Gemma Munroe loves hard, laughs hard and plays hard. Or at least she did before today. Her dream is finally within her grasp – owning the toy shop in Swallow’s Fall. Only one person has the power to get in her way: Josh Rutherford – the love of her life who kissed her and left her ten years ago is coming home.


Josh will be in town for five days. He’ll finally sever the ties to a youth filled with poverty by selling the properties that are now his. He’s returning healthy, wealthy and emotionally stable, and then he’ll leave forever. It’s all in the plan. Everything…except for Gem. He never forgot her, but he definitely forgot the effect she has on him. Now she’s got problems, and he can’t seem to leave without trying to help her solve them.


(Author note: every book in the Swallow’s Fall series can be read as a stand-alone story.)


How was she going to make a quick fifty grand now? Nobody in town would let her do any painting and decorating with a cast on her leg.


Gem shifted the curtain to peek out the window. Knowing Josh was on his way, she’d hobbled to the bedroom to put some lipstick on then hobbled back, expecting him to knock on the toy shop door. Not that she was going to let him in, but lips without lipstick were like donuts without sugar. At least, that’s the excuse she was running with.


‘You can do that tomorrow.’


‘Let him in before he wakes up the kids in the next town!’ someone called from across the street.


Gem winced. She pulled the curtain aside and lifted the old sash window. Cold night air frosted her skin. Josh stood beneath a street lamp, looking too fine for words in his black bomber jacket, jeans and hiking boots and a grin as wide as the Maclaughlin River. He pulled something from his behind his back—an ice bucket, gleaming like a silver saviour in the dusk. ‘I’ve got sav blanc,’ he said, smiling.


‘Come up through the back door.’ She slammed the sash closed, then breathed deeply. She could resist Josh—possibly—but not sauvignon blanc. Not when she was this miserable.

The House At The End Of The Street by Jennie  Jones
My rating: 5 of 5 stars 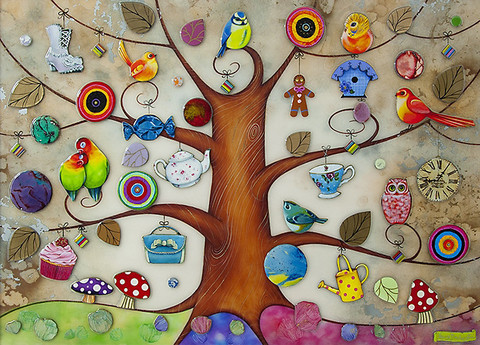 What would you do if your first kiss, the love of your life, returns home?
The book is about this: dealing with the past, fighting the present and dreaming for a future.
The plot is steady, full of family values and some drama, very likeable characters and a really hateful one. Gemma & Josh are absolutely perfect, the chemistry is intense and at the same time so sweet, they're high on my list of couples!!
Some situations were hilarious! I found myself laughing out loud, and waking up my husband a couple of times, lol.
The reading put me in a romantic mood, and all during the reading time, life was beautiful.
This book is not 5 stars, is 5 Hearts!!
*I received a Free copy in exchange for an Honest Review* 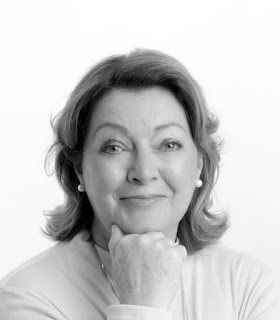 Born and brought up in Wales, Jennie Jones loved anything with a romantic element from an early age. At eighteen, she went to drama school in London then spent a number of years performing in British theatres, becoming someone else two hours, eight performances a week.


Jennie wrote her first romance story at the age of twenty five while ‘resting’ (a theatrical term for ‘out of work’). She wrote a western. But nobody wanted it! Before she got discouraged a musical theatre job came up and Jennie put writing to one side.


She now lives in Western Australia, a five minute walk to the beach that she loves to look at but hardly ever goes to - too much sand.


Jennie returned to writing four years ago. She says writing keeps her artistic nature dancing and her imagination bubbling. Like acting, she can’t envisage a day when it will ever get boring.


All of Jennie’s bestselling Swallow’s Fall series books can be read as stand-alone stories.


Where to find Jennie Jones: