One Night in Dublin
by Kemberlee Shortland

At her mother’s prompting (nagging) about grandchildren, Sive wonders if it really is time to settle down. She’s just finishing college so she should be thinking about her future. But is she ready to settle down? Is she ready for kids? And more importantly, which of the three men she’s been seeing does she want to spend the rest of her life with? Sive has a choice to make, and only 24 hours in which to make it.

One Night in Dublin by Kemberlee Shortland
My rating: 5 of 5 stars

Short, sexy, funny and sweet.
Those are the first words that came to my mind when I think in this book.
The story develops quickly, our main character, Sive, found herself at the end of the road? After a life of shallow and meaningfulness relationships, she's determined to settle down and has three, very stereotyped, candidates, and one sexy bearded man! Who will she choose?
I enjoyed the humor, the author gave us really witty dialogues and a unique point of view on a one night stand.
I loved it
Highly recommended!!


We all make them. From the moment we wake up, it's: “do I get out of bed now or hit the snooze button . . . again?” “shall I wear this outfit to work or that one?” “tea and toast or grab something on the way?”


It's all mundane bullshit. They’re all choices we make on the fly without even realizing we're making them.


Think about it. What choices do you make when you’re not thinking about them? Like going home from work. You get on the train, find a seat and wait for your stop. But when you get there, you wonder how the hell you got there because you don’t remember making the journey.


What I’m trying to say is that we often go on auto-pilot and just do what needs doing without any real thought, because there are usually more pressing things to think about—the important things.  Or seemingly so. Like, what movie to see, what restaurant to eat in, where to go on holidays . . . and for some girls, this pair of sensible shoes on sale or another pair not on sale but immensely sexier?


For me, today, my choices aren't so mundane, and they’ll require a lot of conscious thought. I have an important decision to make. One that could change my life forever, pardon the cliché.


They—whoever 'they' are—say there is someone for everyone, that we all have a 'type' of person we're attracted to. I'm still figuring it all out . . . exploring to see what is my type . . . that someone just for me. And it doesn’t help that my mum’s voice is in the back of my head, asking . . . i.e. nagging (yes, I just said i.e.) . . . when I’m going to settle down and give her grandkids.


First, let me say this: I'm not a slut. I'm not loose, I don't carelessly sleep around, and I don't do one-night stands. I just love men and all of their vast differences.


What can I say about my boys that every other woman out there doesn’t already know about men? Charmers, every one of them. But they all give me something I need.


Tonight I need to decide what, or who, I need the most—Fitzy, Moss, or Sully. 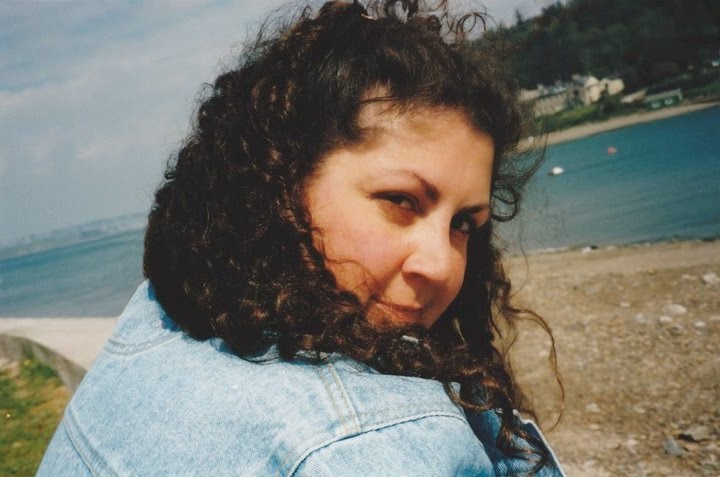 Kemberlee was born and raised in Northern California in an area known as America's Salad Bowl. It was home to many authors, including John Steinbeck, and for a while Jack London and Robert Louis Stevenson. In 1997, Kemberlee had the opportunity to live in Ireland for six months, where she ended up meeting a man who convinced her to stay. Kemberlee is now celebrating her eighteenth year in Ireland and has been lucky to travel the country extensively, picking up a cupla focal along the way—a few Irish words.


Kemberlee has been writing since a very young age and over the years she has published dozens of travel articles and book reviews, as well as worked with some notable authors who’ve set their books in Ireland. 2006 saw the publication of Kemberlee’s first two stories, Tutti-Frutti Blues and Dude Looks Like a Lady, set in her hometown. Since then, Kemberlee has published a number of short stories and novels, many of which are set in Ireland.


Get in touch with Kemberlee:

GIVEAWAY
A Piece of Ireland: A real plot of land in Ireland, as part of a land preservation scheme in the West Cork Gaeltacht. This giveaway is an international giveaway.